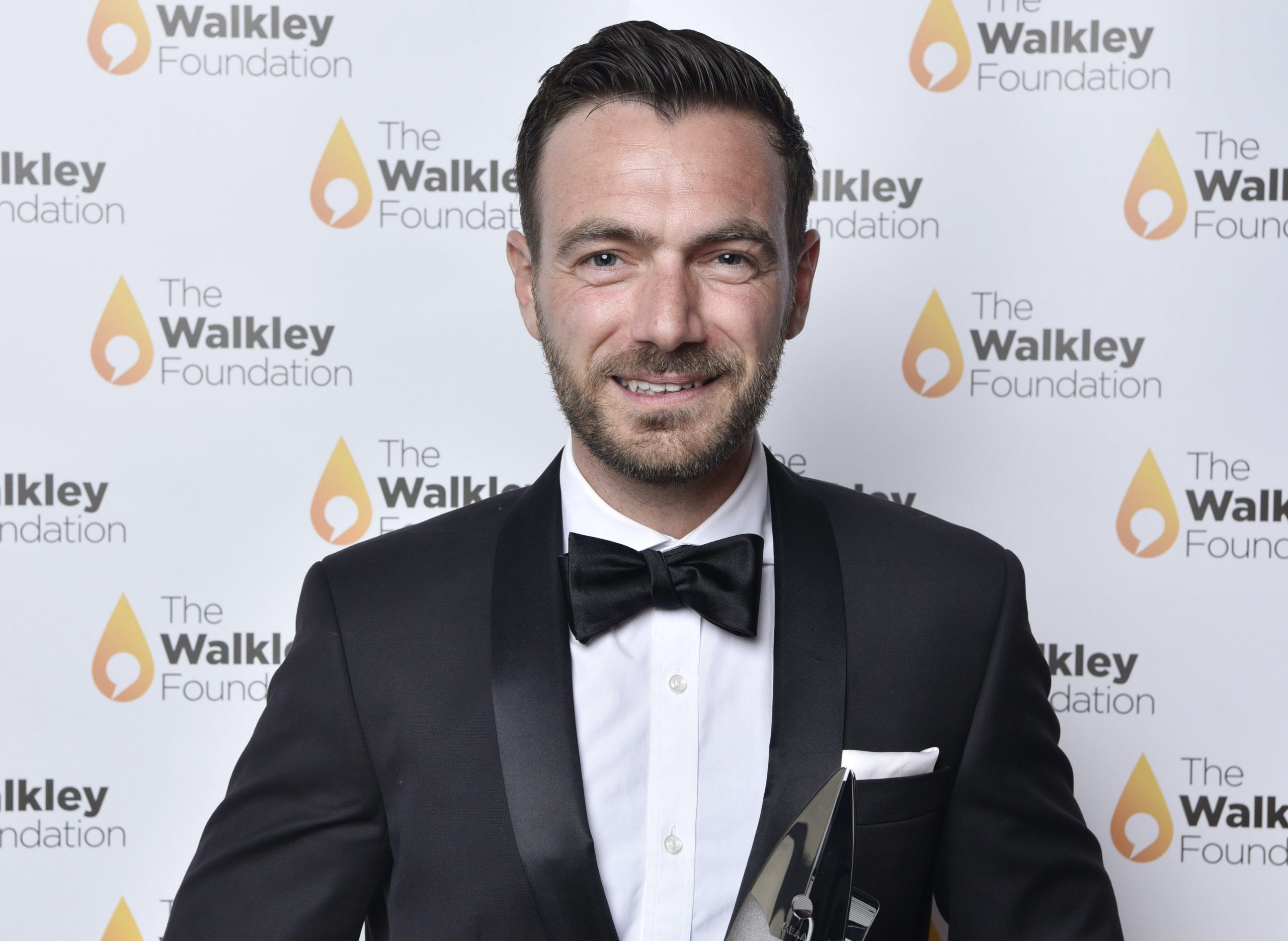 “There was no power in the area, but there were flames everywhere — enough flame to light up the area, and people were just walking around, still looting, some protesting [or] dancing on the police station… I’ve never been in a situation like that.”

When the George Floyd protests in Minneapolis erupted into looting and rioting, Adam Bovino and journalist Tim Arvier took the first flight from Los Angeles. Shortly after arriving, Bovino was broadcasting live into the Today Show when a confrontation erupted between police and protesters. Moments earlier, a civilian was stabbed and police arrived to take him to hospital.

For 16 minutes Bovino maintained uninterrupted coverage while around him heavily armed police clashed with protesters. Bottles were thrown at officers and gas canisters were shot back, as he stood exposed in the middle, holding his ground to get the story out.

The footage won Bovino the 2020 Walkley Award for Camerawork. We spoke with him about filming in a riot, keeping a cool head and steady hand in unstable situations, and the importance of a free press.

What does it mean to you to be recognised by your peers as the best camerawork of the year?

I was honoured, particularly for this story. In my whole career, this has probably been one of the most confronting and intense stories I’ve ever had to cover.

To fly into a city like Minneapolis and see what was going on there, and then be there for the next five days and witness it — it makes it even more special because I feel like it’s easily the biggest story I’ve covered in my time in the bureau. And then to come back and be recognised with a Walkley is amazing.

Talk us through the lead up to the 15-minute live cross that won the award.
Our first hit was 5am Sydney time and we were outside the Target store that had been looted overnight. I’ve never seen anything like that [blatant looting] in Sydney, or even in America.

Diagonally across from the Target that had been looted was a police station that had been raided, and there were cops inside boarded up, basically hiding behind the police office. There was no law enforcement outside so it was a really strange scene. We slowly got a bit more confident to move closer to the action and closer to the Target store, and the crowds grew as the morning went on.

It was Tim Arvier [as reporter] and we weren’t supposed to do a live at 8:30am [but] Tim had seen someone get stabbed and got some shots on his phone — I was off shooting something else — and he let Today Show know. They said ‘alright, let’s do another quick live at 8:30 and you can talk about what’s happening.’

It just started to escalate as we were on air — the crowd was getting a bit more agitated. They had performed a citizen’s arrest and caught the guy that had stabbed the victim. And then, all of a sudden, the police started coming in and it just got more tense.

“The police came in very aggressively, fully armed, and tried to help the person that had been injured. It all just escalated from there — [the crowd] started throwing [stuff] at the cops and the police started firing back.”

I remember realising about halfway through that we were still on air and we’d been going for eight minutes or so. I think being on air helped me because I was well aware that my pictures were going out live so everything had to be smooth and measured and I couldn’t just crash in for a shot or zoom out or whip around. I think that helped me calm down and focus on what was happening.

So you were aware of the situation escalating very rapidly around you, but at the same time you had to keep your head and rely on your training?
Exactly — you know that the studio and the viewers at home aren’t there with you, so they’re expecting to see clean pictures of what’s going on. I think having that in the back of my mind the whole time kept my pictures calm and helped me to focus.

Was that the most tense or dangerous situation that you’ve been in in your career so far?
Yeah [it was] quite intense. We stayed there for most of the day and went back to the scene later on that night, and it had just continued to escalate throughout the day.

At night it was even more dramatic because there were no police around the street. There was no power in the area, but there were flames everywhere — enough flame to light up the area, and people were just walking around, still looting, some protesting [or] dancing on the police station — because by that stage the police had left.

Someone was climbing up a flagpole to pull down flag and put something up there, and there were fireworks going off — I’ve never been in a situation like that.

I went to Iraq about four years ago with Mark Burrows and we got caught up in a position where some local soldiers were getting fired at by ISIS and they started returning fire, and that was over quite quickly.

Have you had any feedback on the impact that this footage has had?
I had a lot of messages on the day from other cameraman that I’d never met from other states who had seen it, telling me how impressed they were, so that was flattering for me to get emails from people I’d never met before.

I guess, back here in Australia we look to America as this great nation where all these amazing things happen and it’s, you know, the leader of the free world. [So] to see stuff like that happening, I think that opened up people’s eyes to the reality of what America is like today — quite different to what we grew up with in pop culture. I think a lot of people back here were shocked to see what was happening.

The anarchy and the anger.
Yeah. We’ve seen that in the past, with the LA riots in ’92 and other stuff like that, but I think everyone assumes now that everything’s great. It’s now 2020, following the Trump presidency and COVID — how they’ve handled that and how it’s blown out of control there — so I think it was quite eye opening to everyone back here.

How did you get into the profession of news camera person?
I wouldn’t say I stumbled into it, but I was always interested in film and TV. I did a film and TV course at North Sydney TAFE, and I ultimately wanted to make films someday. And then I found out about the role of a news camera operator and got a role in staging at Channel 9. I did some work experience and after about eight months got a job as a camera assistant.

Straight away, my first story was the army in 2004 in Asia, and from then on I was getting sent around the world covering all these incredible events. I just got swept up in it, and I’ve been doing it now for 16 years.

You get to go past the rope of where everyone else gets to go — you get to look behind the curtain and see what happens, and you get put in these situations that you would never go to on your own accord.

I think I got caught up in all that and I just fell in love with the job. Covering some of the stories and going to some of the places I’ve been has given me such a great perspective on life, and also a great appreciation of what we have here.

And you’ve been on the front lines of many of the biggest events in the world.
Yeah. That’s the thing — you get a front row seat for those events. And some of them are fun, like, I did the World Cup in Brazil, and I’m a football fan so that was amazing.

And then you get to go to places where, when you tell your friends and family where you are and what you’re doing, they’re blown away because it’s something that they [would] never get to experience, or even think about experiencing, in normal everyday life.

Thinking back over the many events that you’ve shot over the years, are there any that stand out as being work that you’re particularly proud of?
The stuff I did in Iraq with Mark Burrows — that was my first trip to Iraq and it was when they were moving in on Mosul and getting rid of the ISIS soldiers there. We were a bit late to go to that story, a lot of media had been there a few days earlier, but we still got there and managed to put together a package every day and do some work we were really proud of — we got a feature in a refugee camp.

One day we were looking for a story and we went to the front line as far forward as we could go and we were interviewing some local soldiers at this outpost when our position was fired on, and the Iraqi soldiers around us started firing back. We just kept rolling and shot a piece while this was happening, and looking back on that — because I’d never done anything like that at the time — I’m quite proud of the work we did over that week.

What’s your message for the Australian public about why a well-resourced media is vitally important to Australia as a society and democracy?
We’re seeing it more now from the amount of disinformation that you see online — I think it’s very easy for people to be cautious or sceptical of the media when you have so much fake information portraying the media in a bad way.

But I think people need to remember that journalists are trained, it’s their job, they are held to strict moral guidelines and ethics, and it is important to have someone there in the middle of those situations witnessing it and giving a firsthand professional account of what’s happening. I think now it’s more important than ever because everyone has access to fake information that’s so easily found on the internet and social media.

Is there anyone that you would like to give thanks to for their role in the award-winning “George Floyd Protest” footage?

Obviously, Tim Arvier who was with me at the time. Like I said, that week was one of the most intense and confronting weeks I’ve ever covered — for anyone to go through that and do their job well deserves credit. Also Richard Moran, who was the (Nine News) bureau chief in LA for the whole four years I was there. Everyone who’s ever met him and knows him knows he’s just a wonderful guy, and his guidance over there made my time so much better and more enjoyable.

And I should probably apologise to my fiancé for the hundreds of phone calls and text messages she got when I was going through all that [laughs]. 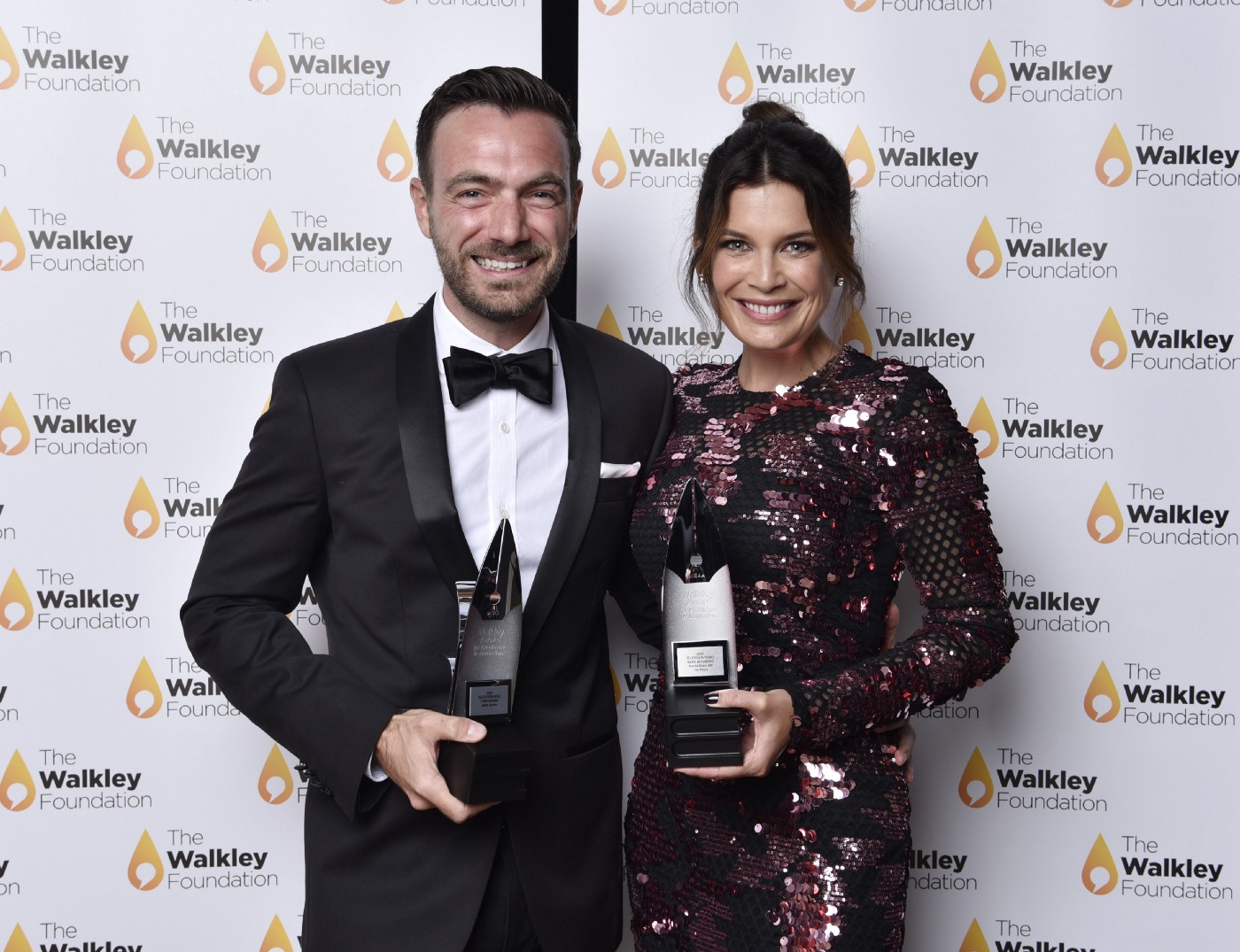 That made it hard as well, because we’re running on no sleep and no end in sight, and then there’s stuff happening to her in Washington so you’re worrying about yourself and her — it was a tough couple of weeks.