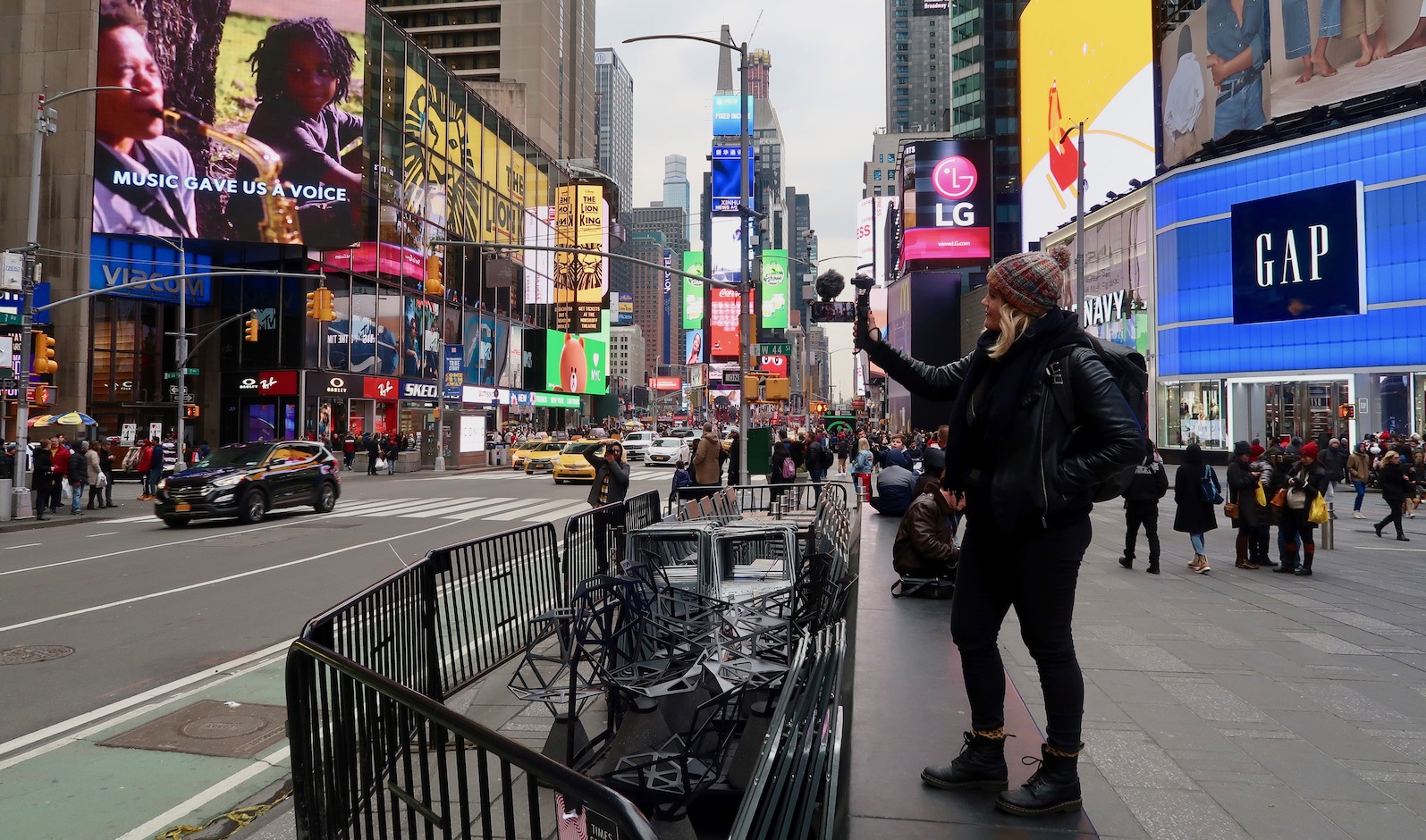 Winner of the 2019 Walkley Award for Television/Video: Current Affairs Short 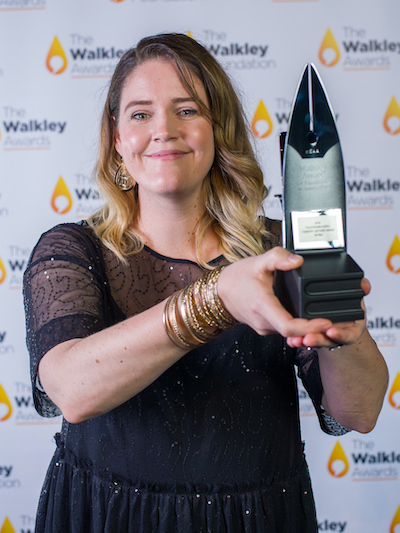 The immersive and engaging five-part miniseries explores the impact of algorithms, biometrics and big data on our everyday lives, with interviews across countries including Mexico, Jordan, Kenya and the USA.

“The series tackled some big challenges in making complex content accessible and engaging for TV and online audiences,” the judges said. “Rae filmed all the interviews herself and used a DJI Osmo camera to shoot pieces to camera in a vlogger style, breaking down the barriers between presenter and audience. She also worked with an animator to present abstract concepts clearly in visual form.”

We spoke with Rae about the benefits and challenges of solo-shooting an international video series, the joys and pains of being a journalist living at the whim of algorithms, and the most concerning information she uncovered in her investigation.

What was your initial inspiration for investigating the impact of algorithms on human life internationally? And how did you get started with researching the topic?

The initial inspiration for the series came from my own frustrations dealing with social media algorithms. Most journalists know the feeling when a story’s reach or viewing numbers are at the whim of a piece of computer code. Like riding a rollercoaster, you can experience highs (“Yes, the virality proves this story is what audiences want!”) and lows (“Why aren’t people clicking on the story?”).

As our media landscape becomes increasingly metric-driven, I wanted to understand why we were allowing these invisible codes to hold so much sway over us. But from social media to welfare and biometric systems – I had no idea at the time just how widespread these questions can be applied!

How did you select which people you were going to interview around the world?

While other news outlets do headline interviews with CEOs or prominent spokespersons of tech corporations, I wanted to shine a light on the scholars, activists and tech world insiders who are involved in critiquing, reforming and pushing back against the excesses of an algorithmically powered world.

By focusing on common themes across starkly different scenarios – trust, power, manipulation, privacy, consent – the aim was to show that you don’t need to be a tech expert to engage with an understanding of how algorithms are shaping our world. Often it’s those most impacted by these digital systems that hold the most knowledge about their use and implementation. With that basis in mind, there are countless voices out there to engage with on these issues. 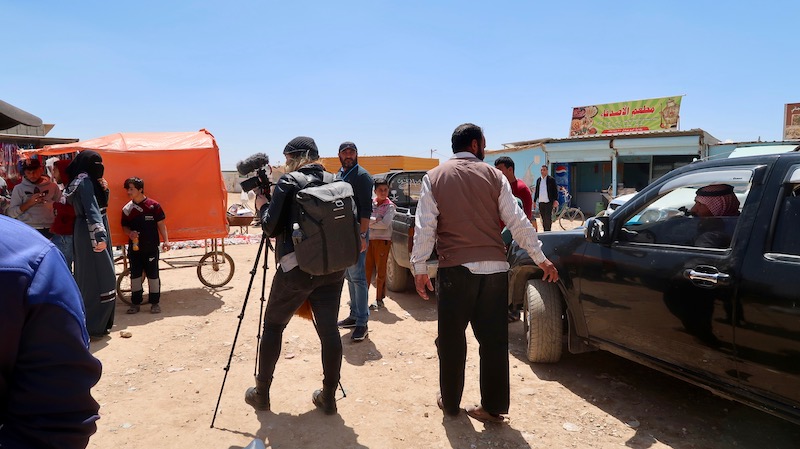 What were some of the challenges with filming internationally by yourself, and visiting different countries for different interviews?

One of the biggest challenges was maintaining a consistent editorial vision across the five stories. Each documentary had a different conceptual focus, was located in a different part of the world and required collaboration with multiple people. Anyone who has ever been a single-shooter knows the difficulties of being by yourself – and one of the hardest for me was filming PTCs (piece to camera).

The Osmo camera looks a bit unusual, so it would attract curious people to stop, gather and stare – a bit intimidating when you’re on your own. If I had a dollar for every time I was asked “Are you a YouTuber?”, I could probably retire! But there are also some big advantages of being by yourself. The smaller camera setup meant I could blend in more with crowds and I was told by several interviewees that it made our conversations much more candid and intimate. 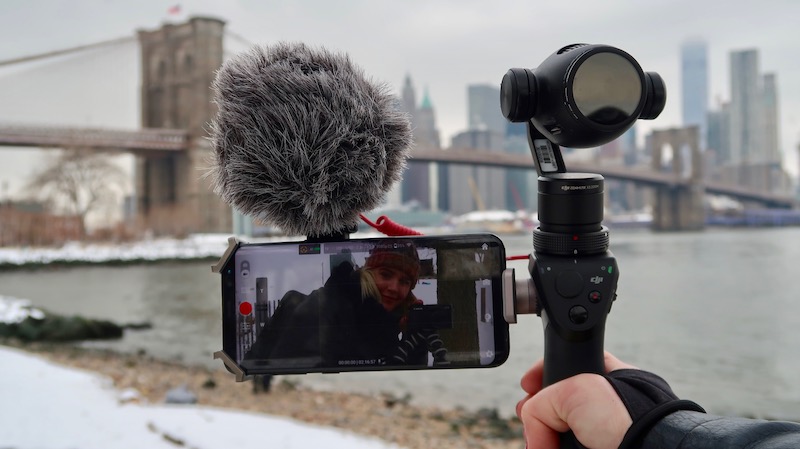 Did you have an idea of how the five-part structure would work before you started filming, or did it come together in the edit?

Russia/2016 US election/Cambridge Analytica – these are probably the biggest stories people think of when they first hear of ‘algorithms’. So I purposefully set out to widen the conversation from the start – because that’s where you start to see bigger patterns of power operating.

After choosing my themes, I conducted countless pre-interviews to define the structure before filming. Building relationships and tapping into various communities who hold a lot of local expertise was invaluable. Of course, there is only so much you can do from afar – but that pre-production process was vital. 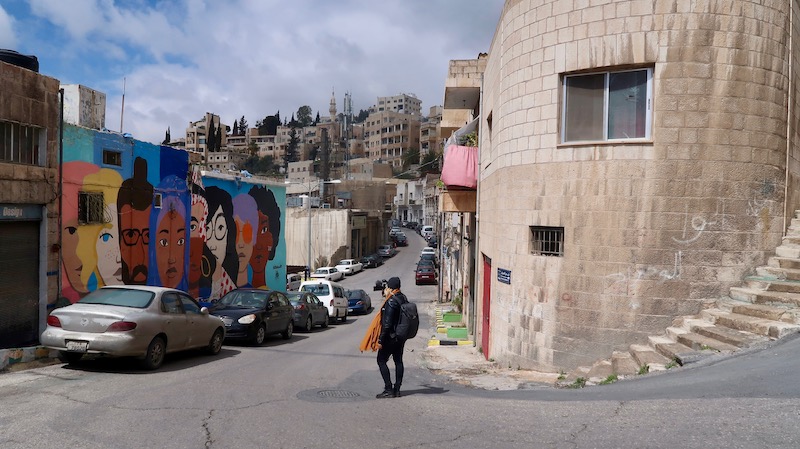 What was the most impactful or concerning information you came across in the course of researching and shooting this series?

There were three big pieces of information. First, acknowledging that algorithmic systems aren’t perfect – they are built by fallible humans and they are ultimately only as good as the data that feeds them.

Second, to question any digital system doesn’t mean you’re a luddite who is against technology. I love technology. I rely on technology. But I also think we need to have a conversation about its limits and where we draw boundaries as a society. Unfortunately, the big problem is technology is advancing much faster than many regulatory bodies are able to keep up.

Third, contrary to popular belief, these high-tech systems tend to trickle upwards in society not downwards. Understanding just how much of the testing of these systems takes place in low-rights environments – where the freedom to withhold consent is limited – should be a huge cause of concern for everyone.

What made you initially want to become a journalist?

I’ve never considered myself a “newshound” or a traditional “news junkie”. But, like many, I’m genuinely interested in trying to understand the world around us. I’m driven by the desire to push back against injustice, make information accessible, spark conversations and give a platform to the voices we aren’t hearing enough of. It’s really as simple…and as hard…as that. 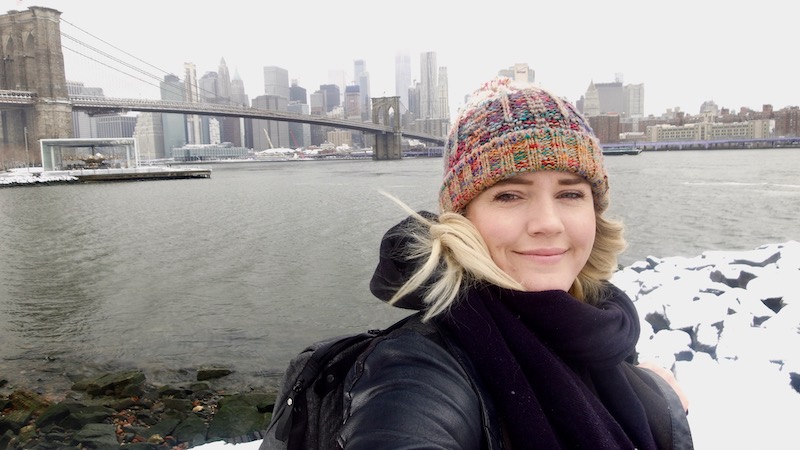 What’s been the best thing about winning the Walkley for best TV/Video: Current Affairs Short?

The best thing has been showing that it’s not the size of a production shoot or the use of the fanciest equipment that leads to awards – it’s the story that’s most important. As journalism evolves, there needs to be experimentation and diversity in the mix of our media output. So I’m proud we have been able to contribute in some shape or form.

And what’s your message to Australians about why quality journalism needs their support?

Today it’s never been easier to find and share information – anyone can write, record, upload and share their perspective with the world. But at the same time, I think it’s important we remember that the quantity of information available is not always a reflection of its quality.

So the role of journalists is arguably more important than ever – to sift through misinformation, illuminate what is really going on, and most important in a democracy – and hold those in power to account.

Ali Rae is a multimedia journalist and filmmaker at Al Jazeera English. She has covered stories in Latin America, southern Africa and the Middle East. Ali is currently the presenter of “All Hail The Algorithm”, a five-part series exploring the impact of algorithms, biometrics and big data on our everyday lives. Ali is on Twitter at @hey_alirae.