2020 winners of the Media Diversity Australia Award administered by the Walkley Foundation.

“It’s humbling that a story from the early 2000s, that in many ways fuelled the stereotypes surrounding young Muslims, could be retold in our voice and recognised and respected by our peers.” 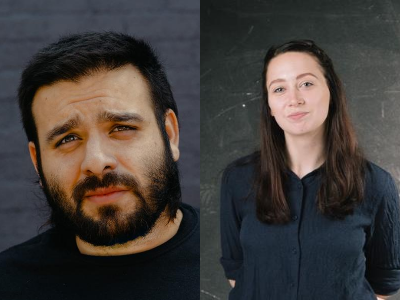 Crime writer Mahmood Fazal and filmmaker and journalist Rebecca Metcalf collaborated on Audible Originals podcast “No Gangsters in Paradise”. The 12-episode series saw Fazal take a deep look into the Darwiche-Razzak family conflict in the early 2000s — a war between rival gangs in Western Sydney that fuelled the media stereotype of “Middle Eastern gang violence”.

The Walkley Judges said that “No Gangsters in Paradise” provided an honest and raw look into an often marginalised Australian community,” with Fazal gaining access to many of the key players behind prison bars.

The Walkleys spoke with Fazal about his win in the Media Diversity Australia Award category, the red-tape and difficulty of getting access to interviewees who are locked up, and why “it’s humbling that a story from the early 2000s, that in many ways fuelled the stereotypes surrounding young Muslims, could be retold in our voice and recognised and respected by our peers.”

What does it mean to you to have this work, “No Gangsters in Paradise”, recognised with an award from the Walkleys and Media Diversity Australia?
I’m still somewhat shellshocked. It’s humbling to think that a story from the early 2000s, that in many ways fuelled the stereotypes surrounding young Muslims, could be retold in our voice and recognised and respected. 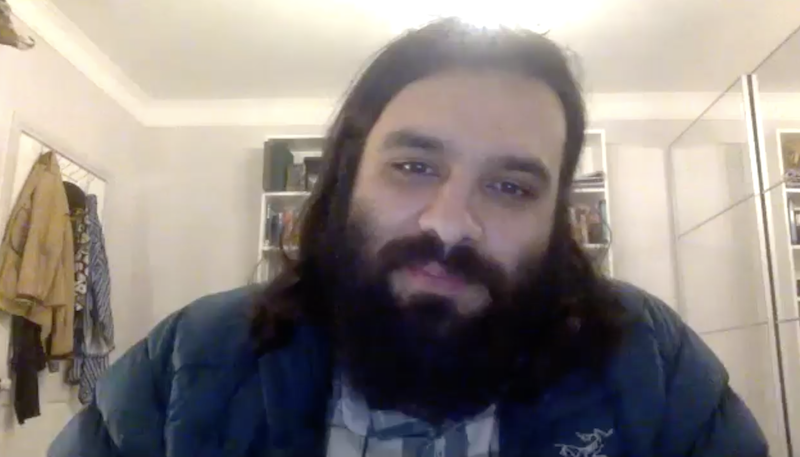 Mahmood Fazal speaks with the Walkleys over Zoom

Can you tell us a little bit about the origins of the story? It was obviously a story that you knew about and had some connection with. How did you get started?
We thought it would be really interesting to pursue it as a long form Audible Originals or an audio book or serialised podcast. Working as a crime reporter, I’ve often found that people in that world are more willing to speak to you if their faces aren’t on camera. So I thought it would be a really interesting way to have that authentic voice while making them feel comfortable and safe, because we are dealing with issues and people who are quite dangerous.

“Working as a crime reporter, I’ve often found that people in that world are more willing to speak to you if their faces aren’t on camera… because we are dealing with issues and people who are quite dangerous”

Obviously you recorded a lot of interviews in prison with people who perhaps weren’t that open to speaking about the issues — what were some of the roadblocks that you came up against?
One of the major challenges was access, trying to get members of the two families to speak on the record, which was difficult for two reasons. One, because the violence that came from this dispute happened so long ago — it’s an issue that’s left buried in the past. Trying to get them to speak on the issue again, they didn’t want to reopen old wounds. And another major issue was that we’re dealing with stories that involve prisoners and Australia is one of the most difficult places in the world to try and gain access to inmates. There’s very little transparency afforded to reporters who wish to speak with inmates. There’s a lot of red tape and the prison like to have control over the trajectory of your narrative.

How long did it take you from the beginning to the end of the project to get it all together?
We were on a pretty tight timeline, between nine months to a year. It was really intensive. Really, really intensive. We were working 14-hour days when we were in Sydney, just trying to gain access, running around, trying to get police officers, detectives, family members to speak to us. Just trying to find people who lived in that area who were open to speaking. It was a really challenging task, being from Melbourne and being quite under resourced. It was just me and Bec working on the project — eventually we had a researcher and some other help. Nine months flew past.

How did you and Rebecca [Metcalf] link up to start working together in the first place?
We worked together on short form videos at Vice, short form documentaries, and our executive producer, Katy Roberts, decided to pair us together to work on this. I was super stoked to be working with Rebecca. She’s an incredibly diligent and meticulous researcher, and I got to learn a lot from her because I haven’t studied journalism and she has. She really does care about the craft of journalism and the values of a reporter. She’s quite old school in that fashion and continues to inspire me and out-do me in all the work she does. It was a really awesome working relationship.

How did the project start out?
We were commissioned. At Vice, a bunch of writers pitched stories to Audible, and this was one that they were interested in. When they decided that they wanted to go ahead with it, we were really thrown into it full steam ahead. It’s one of those stories that I’ve always been thinking about because I would have been 13 around the time that these crimes occurred, but I felt they fuelled a lot of the prejudice and stereotypes around what it meant to be young, Muslim and from the Western Suburbs — this kind of stereotype of ‘who are these young Muslims men in the wake of 9/11?

“It was an important story because it not only shaped the wider public’s caricature of who we were, but also teased out why some people in our communities were reacting in a very violent way to what was going on in our community”

I thought it was an important story because it not only shaped the wider public’s caricature of who we were, but also teased out why some people in our communities were reacting in a very violent way to some of the societal underpinnings of what was going on in our community.

Because there was no one providing our side of the story. There still isn’t, really. I could be wrong, but I haven’t really come across any Muslim-led interrogations of gang violence in the Western Suburbs or investigations into radicalism and things like that. It’s not because we don’t want to tell those stories — it’s because it’s really hard to find the opportunities to do so.

Thinking more broadly about diversity in Australian media as a whole, which is not a very diverse place, do you have thoughts of actionable ways that Australian newsrooms can encourage a more diverse spread of views and opinions?
The obvious one would just be to hire more people from culturally and linguistically diverse communities [and] more people of colour. I might be in a bubble, but there’s no lack of reporters from those various backgrounds and communities. I wish I had a strong answer to that, outside of making it policy to have a certain percentage of staff — especially if you’re reporting on issues like radicalism — just to give you that added insight into issues that are overrepresented in the media, but underrepresented in the staff.

Will “No Gangsters in Paradise” be an ongoing project? I know your memoir is coming out soon, is that the next project?
“No Gangsters in Paradise” was just its own thing, I can’t imagine we will be revisiting that. I’ve just written a story for The Monthly about this issue, that looks into the tactics that the police decided to use to specifically police the Western Suburbs. We all know it’s a predominantly Lebanese community, and that task force actually eventually renamed itself the Middle Eastern Organised Crime Task Force. It’s a long form, 10,000 word investigation into the policing practices of that specific task force — and then I think I’m done with those specific crimes and that story. It is important, but it is quite difficult work asking people to revisit the most traumatic experiences of their lives. So I think I’m going to just maybe pause from that and have a little break. Write my own memoir and things like that.

“It is important, but it is quite difficult work asking people to revisit the most traumatic experiences of their lives”

Was it emotionally taxing for you, as a journalist and reporter, delving into these topics and being immersed in it for a year?
For sure. As a reporter, you have to take yourself out of the equation, be completely unbiased. It’s a very difficult task, when you’re talking to someone who’s been given life without parole. They’re just locked up until they die. It’s really difficult to speak to someone in that situation, especially because there’s no way around it. And it’s terrifying that in Australia, we still have life without parole sentences.

In my own life, I’ve been afforded many opportunities that have given me the chance to rehabilitate. I’m trying to correct, maybe, some of the wrongs that I’ve done in my youth. But for someone to just throw away the keys and lock someone up forever — New South Wales is the only state where life means life. It’s pretty horrific reflection of where we’re at as a society. It’s difficult trying to find hope.

Do you have a message for the Australian public about why investing in quality journalism and quality reporting is important for our functioning as a society?
Without quality journalism, I believe we as a society are just going to be left with what we’re told, not what’s true. I think as soon as we give up what’s true to the powers that be, or just accept everything we’re told, our rights as people are going to erode very quickly.

Is there anyone that you would like to give thanks to for this project?
Certainly the executive producer, Katy Roberts, and Ben from Audible, who had faith in the project and commissioned it. Jeanine Carlic was a researcher on the project and got us amazing access into the Lebanese community in Western Sydney and some great sources. There were just so many people that worked on it, but they’re the ones that really spring to mind because without them I don’t think a lot of the project would have been possible.

Listen to “No Gangsters in Paradise” here.