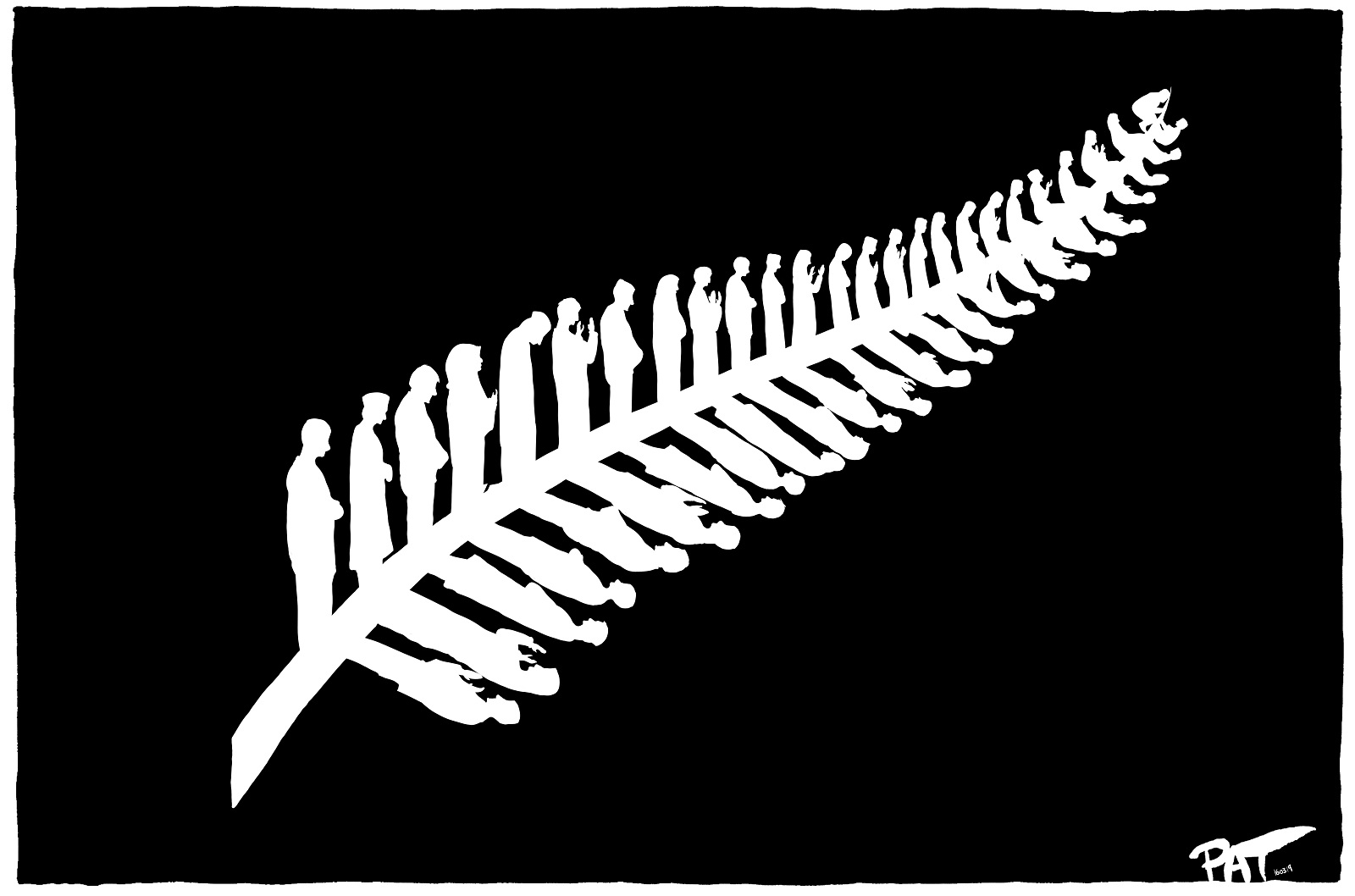 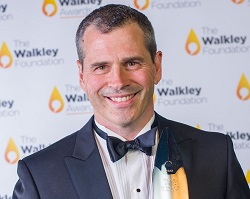 “Imagery is an immediate, fundamental language, one that transcends linguistic borders,” editorial cartoonist Pat Campbell says, and it’s a language he has finely honed over a 20 year-plus career. Campbell won his second Walkley for Cartoon  at the 2019 awards for his ‘Silver Fern’ illustration, a response to the Christchurch massacre that went viral around the world, and was described by the judges as, “a stunning tribute… beautiful, simple imagery that’s rich in pathos”. We talked to Campbell about the power of imagery, flashes of inspiration and challenging your own subjective biases.

Did you know at the time that you’d created something special when you first drew the Walkley-winning silver fern cartoon?
Not really. I had already drawn a cartoon on the Friday, but the gravity and close proximity of the Christchurch massacre required a response, so I woke up and lay in bed on Saturday morning and thought of New Zealand symbols, and the idea came fairly easily and quickly, which isn’t usually the case. I drew it up in the morning and decided to post it online immediately, which I don’t normally do as I usually wait until the image is published on the Monday before posting it online, so in that sense it was more impulsive than normal. But once I posted it, I didn’t monitor it.

I’m looking at my Twitter post – which had around 50 likes – and I’m thinking ‘it’s nice that you think my cartoon is doing well but I thought the bar was a bit higher’. It was not until later that I found out it had been shared around the world with tens of thousands of likes.

What was the international impact of the drawing? Did it surprise you?
The impact was a surprise, partly because the link between my Twitter post and the image was broken early on, so I started to get messages from Buzzfeed and CNN on Tuesday asking me to comment on my cartoon and its circulation. I’m looking at my Twitter post – which had around 50 likes – and I’m thinking ‘it’s nice that you think my cartoon is doing well but I thought the bar was a bit higher’. It was not until later that I found out it had been shared around the world with tens of thousands of likes.

More importantly, we all get a bit cynical these days, but I was taken aback by the sincere messages of gratitude from all around the world, and from many Muslims. I didn’t expect that. There were some very moving messages, from strangers from all walks of life expressing their thanks and telling of their emotions. I was also approached by artists wanting to reproduce the image in their own tributes. I’ve seen photos of beautiful quilts, jewellery, and intricate inlay. 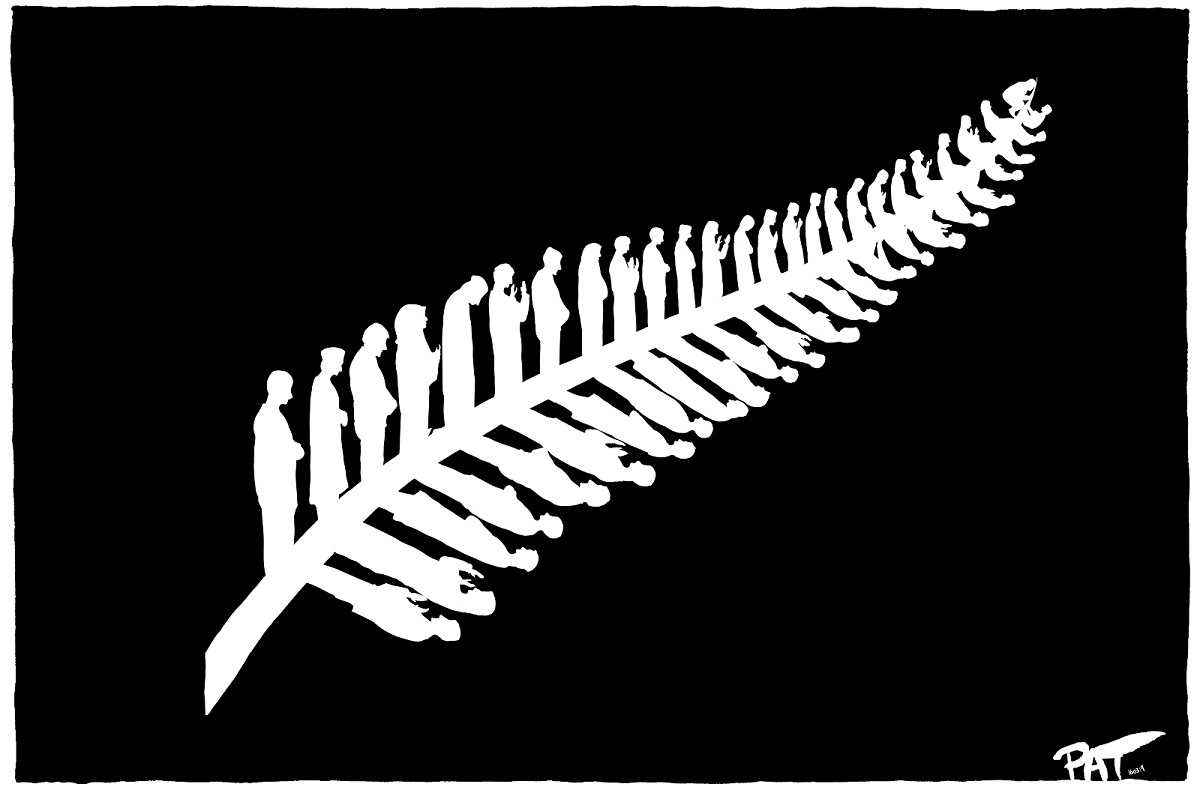 You won the 2013 Walkley for Artwork with a drawing that’s also rich in pathos – what are your thoughts on the way that a drawing can succinctly convey complex or powerful ideas?
Imagery is an immediate, fundamental language, one that transcends linguistic borders. You don’t need to speak a particular language to understand an image. With the internet and social media, powerful imagery cuts through. People get bombed with text and have to make the conscious effort to read it, but they don’t have to work nearly so hard to absorb a simple image. They don’t have to read, to understand the language. They can see it and they understand it immediately.

“Imagery is an immediate, fundamental language, one that transcends linguistic borders”

What is your daily process for creating an editorial cartoon – are you assigned potential topics by an editor, do you discuss ideas in an editorial meeting, or is it entirely up to you what you cover?
For the most part it has always been entirely up to me as to what I cover, an approach I always appreciated. There were times when I thought I should run an idea past the editor, but usually they trusted me to produce the goods.

How did you find your way into the very particular career of drawing editorial cartoons?
I started as an illustrator for the newspaper, back when newspapers had art departments. I then started filing slots when the editorial cartoonist went on holiday. It was a good introduction. It’s a skill that has to evolve. Not only drawing, but finding your voice, and trying to develop ideas. There are many levels to editorial cartooning and it never stops testing your brain.

Do you find that your ideas for each cartoon come nearly fully formed, or do you go through a lengthy process of editing, revising and redrawing?
On rare occasions I’d wake up in the morning with a fully formed idea. That’s the ideal. But, being human, it’s usually the grind of a blank bit of paper and a lot of reading, scrubbing of ideas and tousled hair, all the while looking at the clock to see how far from deadline you are. 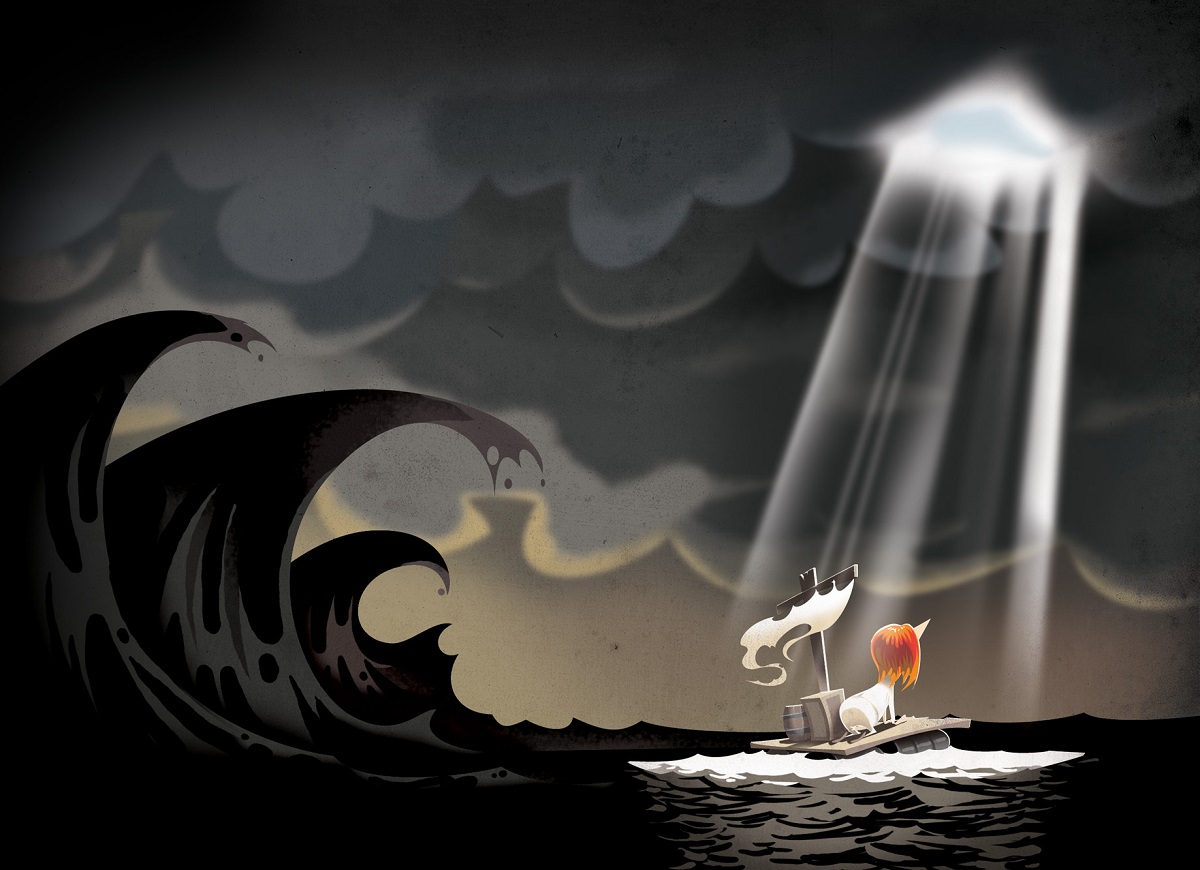 What tools do you use for drawing each image now? Do you still work by hand, or make use of software?
I work on computer pretty much from start to finish and have done so for a while. I’ll draw scratch doodles on scraps of paper when I’m in the thinking stage, but everything else from draft to finished image is done on a Wacom.

“It seems to be a universal affliction amongst cartoonists. Of course the quick ones are often the result of a flash of inspiration”

What have been your favourite works over your career of more than 20 years?
I don’t have many favourites. I have some I like because of the challenge they presented me, like having to do a black and white cartoon for an article about the colour mauve, or to draw a tasteful cartoon for an article about how uncircumcised men might feel more confident (I drew a confident-looking man sporting a pink skivvy in front of a more insecure man wearing a pink t-shirt). As far as editorial cartoons go, often the ones I like the most that I’ve worked hard on get a tepid response while the quick cast-offs get the thumbs up. It seems to be a universal affliction amongst cartoonists. Of course the quick ones are often the result of a flash of inspiration. Unfortunately for me flashes of inspiration aren’t on tap.

As the media goes through a turbulent period, what’s your message to the Australian public about why quality journalism needs their support?
I think it’s pretty simple: you get what you pay for. And there are a lot of parties out there able and willing to lie to manipulate your perception to suit their agenda. Everyone, including me, is susceptible to their own subjective biases, which is why we have to make a concerted effort to challenge ourselves and actively seek the truths, however jarring they may be. And one of the best avenues for that is objective journalism.

Pat Campbell is a cartoonist and illustrator who has worked for The Canberra Times, Fairfax Media, and ACM for over 20 years. He has also done illustrations for various publications, government departments and organisations such as the ACCC, Macworld, the Victorian Law Institute and numerous design groups. He is a two-time Walkley winner, has won seven Stanley Awards and was a recipient of the Bill Mitchell Award for Young Cartoonist.